This article was written by  Laura, who blogs  at EverydayByTheLake.com.

Today, I am fortunate enough to own a lakeside home and to be able to work part time from my house.   But I was not always in this favorable of a positionâ€¦

As a young adult, I set myself back years financially.   I should have been building a foundation for an easier, better tomorrow.   Instead, I was overspending and not really thinking about what that meant for future me.

While the below is certainly not an exhaustive list of every financial faux pas that I have committed, they are the “biggies” that I feel really impacted me.

1) Spending More Than I Earned

If you have more cash going out than coming in, you will soon be in the negative.   It's really very basic math.   Several years ago, I was hoping that math would somehow work differently for me.   It didn't.

For a time, I was going into debt virtually every day, little by little.   Soon, I was drowning in debt to the point I contemplated filing for bankruptcy.   (I didn't declare bankruptcy and eventually got out of trouble with my creditors.)

It was easy for me to blame it on low earnings.   Sure, I was a college student working retail.   Even working full time hours brought in peanuts.

But in reality– my expenses were also much lower then.   I was either living in someone else's home or my rent was very low– and shared with my fiance.

It is only in recent years that my living expenses have gone up.   And those increases, thankfully, were less than the boosts in my salary.

I simply overspent back then.

I'm  not  a fan of budgeting to the penny, but it certainly would have helped if I had a clue (or a care) what my personal balance sheet looked like at that point.

It took me a long time to wake up (the bankruptcy meeting with a lawyer was one sobering turning point).   All of that time being asleep put me in a very deep hole that took me the better part of a decade to truly climb out of.

One of the easiest ways to overspend is with credit cards.

And as a teenage college kid (and embarrassingly a 20-something young adult) , credit card offers were everywhere.    I sadly, yet somewhat predictably, took them up on their offer of â€˜stuff now, pay later'.

And since I had no prior credit history, the card terms were not in my favor.   Annual fees and high interest rates really put salt in the wounds when I maxed the cards out.

One of the major contributors to the debt pile was the use of credit cards to purchase consumable goods.   I charged groceries and toiletries.   In a flash, I had nothing to show for my card swipes except the growing monthly bill.

If I had a better money management system in place, I could have paid for my cheese and toilet paper in cash and saved myself a lot of angst and interest fees.

The worst error I made with credit card spending was charging items that I did not need and had no business buying.

One of my favorite things to jack up a credit card bill with was jewelry.

I remember going into the store and walking out with 6 or 8 new pieces at a time.   I told myself I got a good deal.   They were on clearance.   Or from an estate sale.   They were an investment.

Unlike the cheese and TP, I could sell these after use if needed.

And I did.   I had to.   I got myself in so deep that I could no longer pay for my necessities.

I sold off the jewelry (at a fraction of what I paid for it) so that I could put the money towards the credit card bills or other financial obligations.

The sad thing, which makes me ashamed to recall, is that I did this more than once!

At one point, I needed to rely on my fiance to bail me out because I couldn't pay the credit card bill and my portion of the rent in the same month.

This was beyond foolish.   It was reckless.   I was showing a total lack of regard for my fiance, my future and our future together.   I'm just glad that he stuck by me.

Charging food and paper goods was bad, stupid even.

Charging jewelry when I knew I couldn't afford it was me acting like a spoiled brat.

As you can imagine, I had creditors calling me all of the time.

I owed them a lot of money and I couldn't pay.   In the darkest time, I couldn't even afford to make the minimum payments.

So– I ignored the calls.

I tore up the letters.

I pretended it was a non-issue.

I had resolved several smaller balances with my fiance's help but there were some accounts with balances so daunting that they felt impossible to overcome.

Thinking about one account in particular– at one point, with late fees and interest charges, I owed almost half a year's salary (granted it was retail, but still) to one creditor.

How could I deal with that?   It was easier not to, easier to just live my life as though the debt didn't exist.

This ridiculous denial came crashing down the moment I got sued.   That creditor had a judgment against me.   If I did not respond, they were going to garnish my wages.

With that looming over my head, I called them.   I was fortunately able to negotiate a payment plan to avoid garnishment.

But the damage had been done.   My credit was absolutely shot.   I had collections and now a judgment on my credit report.

These blemishes followed me around for a long time.

It took me an additional 3 years to be in a position to buy a home.   In fact, the last credit black mark fell off of my credit report just months before I closed on my house.

I learned how insidious credit cards can be in the wrong hands.   (They are useful tools if you are mindful and have the means to pay them off.)

I learned that you should face problems head on.   By finally acknowledging the debt, I was able to work with the creditor before the situation got messier with the wage garnishment.

I am glad to be free of that credit nightmare.

*Side note:   I consider the car loan to be both a smart and dumb move financially.   I was in desperate need of a car at the time and I had no cash.   I got this brand new car with no money down and a manageable monthly payment.   Since it was new, it would need far less maintenance than the jalopies I had been buying before.   This would be a money saver (and a frustration saver for my fiance who ended up fixing my cars every time that they broke down).   I also had a 100k mile warranty.

I know cars depreciate quickly, but I paid my 6 year note off in a little over 3 years.   I am not an advocate of financing cars in general, but it worked out OK for me here.   I don't plan to finance another vehicle.   I will pay cash for a quality used vehicle the next time I need one.   (I still have the 2013.) 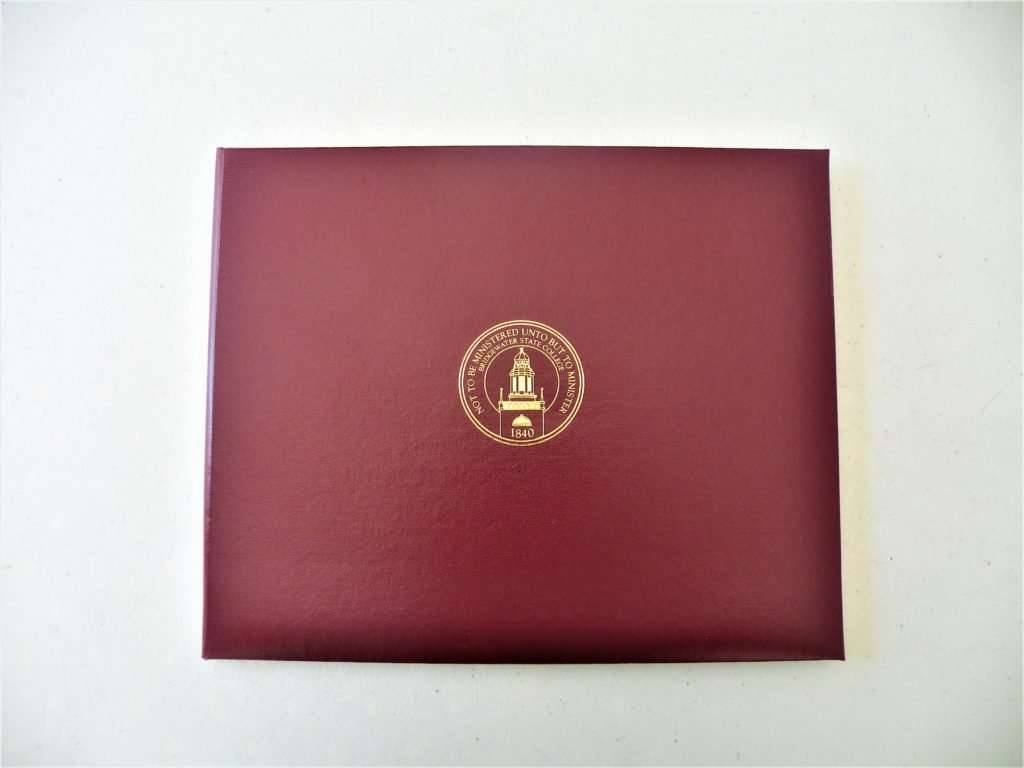 One of three (soon to be four) reminders of my looming student loan debt.   The diplomas don't equate to achievement until the loans are paid off!

I owe more in student loans than I do on my house.

I know it's a crazy statement, but it's true.

I financed 95%  of my education, up to and including a doctorate degree, with student loans.   (Admittedly, I have incurred student loan debt as recently as a few months back.   My hope is to decline any additional loans and I think I will be able to meet that goal.)

I earned a couple of small scholarships right out of high school.   My grandmother paid for my first semester.

After that, the Department of Education became my new credit card (though the interest rates are considerably better than they were on a defaulted Visa account).

There really is no way to fix this one.   So I just own it.   Paying off the student loans is a very real part of my financial future.

My plea to you: if you're planning to go to college– take advantage of any and all scholarship opportunities that present themselves.   I know– applying for them is a pain– but having a high loan bill hurts worse!

If I owed less for my education, my pursuit of early retirement would be more in reach.

I am glad (and proud) that I am no longer succumbing to these common money traps.   (OK â€” so maybe the student loan thing I never quite grew out of!)

I was able to quit my full time job to focus on family and other personal pursuits for at least the next year (and hopefully beyond) while having enough savings to meet my financial obligations.

There is no sense in regret for the above mistakes that I made.   But there is a lesson in this– debt impedes dreams.   I now try to avoid it at all costs and am working to reduce it as quickly as I can.

Even though I have a debt hill to climb, I am still committed to living every day by the lake.

I'll find a way to keep this view in my sights for always. 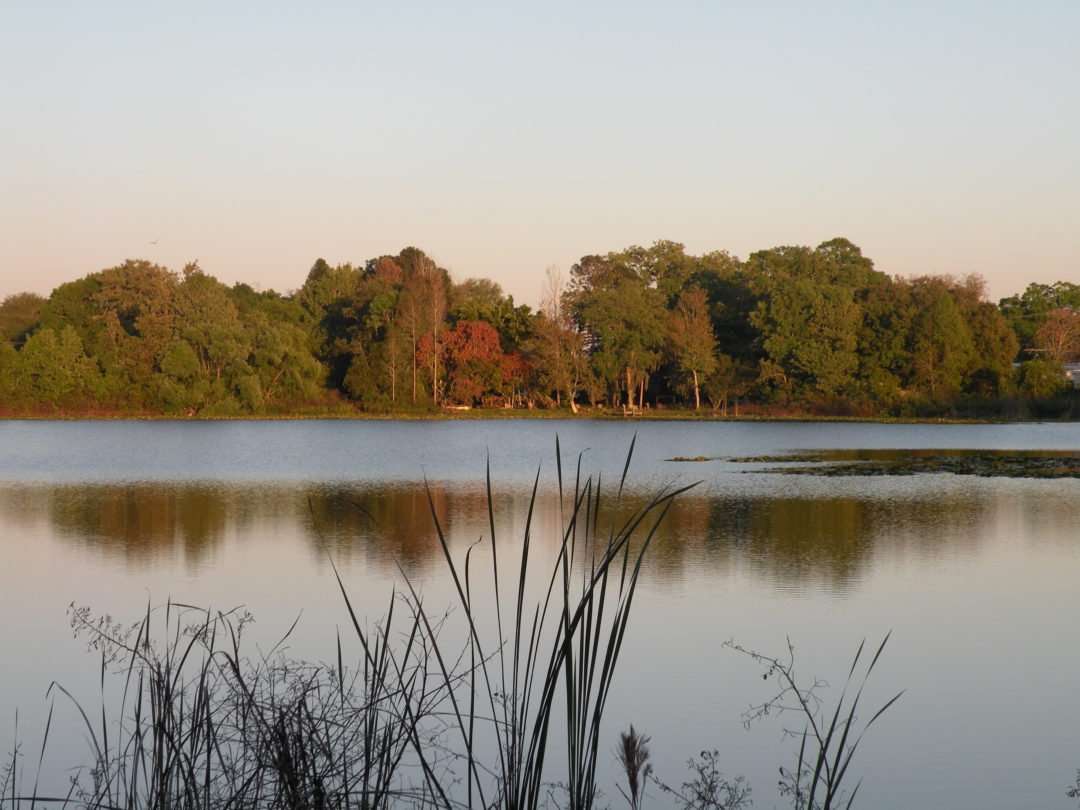 What motivates you to make good money choices?

Laura writes at EverydayByTheLake.com and this article was originally posted here.

Are you tired of living paycheck to paycheck? Sign up for A Richer You's free updates to learn how to earn more, save more, and invest more...

Search A Richer You

This article may include affiliate links. Review our advertising disclosure for more details.

Become A Richer You